The Craziest Travel News Stories Of 2018

Travel news made major headlines in 2018. From airlines to Airbnb to racial profiling, our eyes were glued to our phones. Here are some of the craziest travel stories that caught our attention this year.

The Caribbean paradise made headlines when their history of sexual assault came to light, with the U.S. State Department issuing a warning for travelers. A report from the U.S. Embassy showed cases of sexual assaults at residencies, hotel rooms, casinos and on cruise ships. Tourists are targeted by hotel staff, jet ski operators, lifeguards, and more.

Passenger Sues British Airways…For Seating Him Next To An Overweight Person?

A man on a flight from Bangkok to London got upset when the airline sat him next to a heavyset traveler. The 51-year-old passenger claimed crew members ignored his complaints that he may be injured if forced to sit next to the “extremely large” passenger.

Earlier this year, authorities in Thailand started to look deep into their immigration operations with a new policy called “X-Ray Outlaw Foreigners.” The operation got more than 1,000 suspected visa abusers arrested, however, questions were raised about racial profiling after the focus shifted to black and brown immigrants.

Travel photographer John Milton’s not-so-tasteful wedding pictures came under fire after he shared shots of being held at gunpoint by African soldiers. The choice of wording for his photos is what got viewers attention, taking a picture in the ‘ghetto’ and placing a wedding ring on top of an AK-47 as ‘Blood diamonds.’

45 Says He Can End Birthright Citizenship 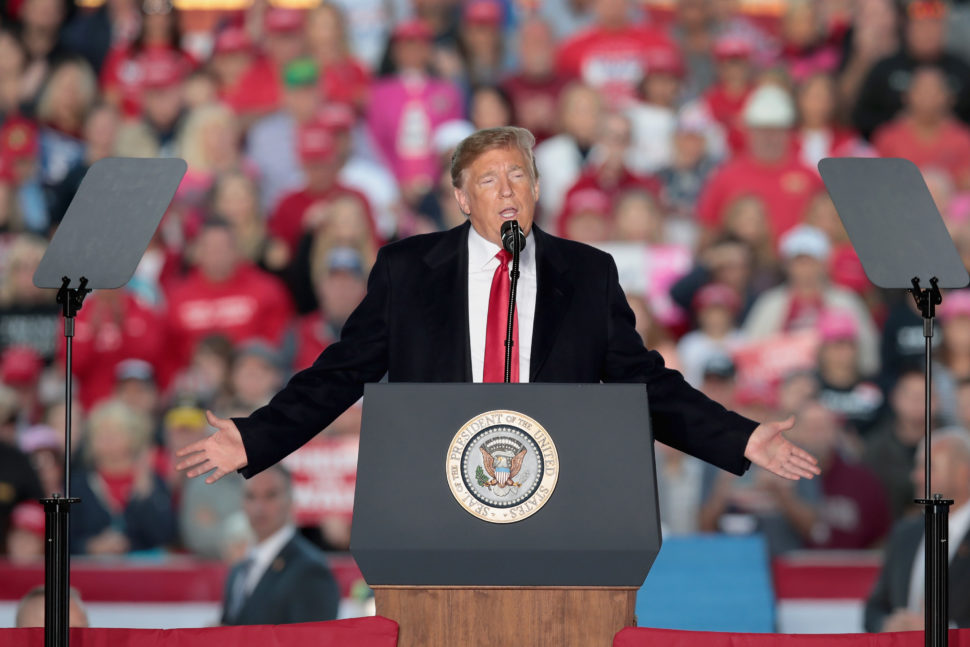 In clips from HBO’s ‘Axios,’ President Donald J. Trump was filmed telling more lies. This time he claimed that he could end birthright citizenship just by signing an executive order. Fortunately, that’s not true. The U.S. Constitution states that “all persons born or naturalized in the United States and subject to the jurisdiction thereof, are citizens of the United States.”

Dr. Fatima Cody Stanford claimed she was racially profiled on a Delta flight after a flight attendant questioned her credentials while helping a passenger in need. Stanford’s story went viral, prompting other medical professionals to share their experiences while in the air.

It seems like we couldn’t escape hearing about Airbnb on the news. Two doctors finally received an apology after having a horrible experience on a California property. Their relaxing weekend turned into a nightmare when an assailant woke them up by banging on the door looking for the host, then ramming through a window. In Washington D.C., an Airbnb host got a not-so-welcome surprise when she was greeted by her house guest pooping all over her bedroom. When she called the police, the cops sided with the perp.

A Travel Blogger Risked Her Life For A Perfect Picture

This travel blogger did and people weren’t too happy after Patricia Alejos posted a picture of herself in front of a moving train. Some of her 30,000 followers expressed major safety concerns especially after a young traveling couple fell to their deaths while taking a picture at Yosemite National Park. Alejos ultimately took the photo down and apologized.

One passenger on a Delta Airlines flight claimed the pilot sent him a message on a gay dating app midair. JP Thorn said he got the message on Grindr almost 30 minutes before landing saying, “I see you’re on my flight,” the message said. “Enjoy the ride to Chicago.” The traveler said he deleted the message but “totally would have met him for coffee.”

John Chau, who went to the Andaman islands, was struck and killed by arrows courtesy of the indigenous people who live there. Chau, a supposed Christian missionary, went to the isolated island hoping to convert the Sentinelese tribe. Under Indian law, it’s illegal to make contact with tribes living there. The fishermen who helped Chau were arrested.

Get Your Money Back, Sis! Airlines May Owe You Money For Overages

For passengers that have purchased airline tickets for the past seven years, they may be getting paid due to a class action lawsuit regarding overcharging fares. American Airlines, Delta, Southwest Airlines, and United allegedly plotted to increase fares by limiting seats on domestic flights.